I had a reply from Strava support about my problematic GPX track but it wasn't all that helpful. Anyway I now have a solution and knowledge of the issue. It seems that Strava doesn't like trackpoints that are separated by minutes; seconds is fine. I assume this has something to do with its stop/go algorithm and is clearly more fussy than other packages. I tracked this down by using Adze to overwrite the timestamp to 1 minute and then 30 second intervals. As the time got shorter, the quality of parsing by Strava improved. So did my reported speed though so that wasn't enough. I needed to remake my track with a high frequency of points.

So I used the command line of GPSBabel to interpolate points at 10s intervals as described in the documentation:

Unfortunately that generated an extra spur of travelling but that was easily deleted with Adze, and as it was only a single point it didn't disturb the total time significantly. 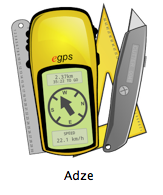 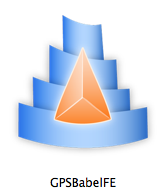 I can't set my 12XL to record at 10s intervals though as on a day hike the memory would be exceeded and it would also drain the battery; at 2 minute sampling it lasts a very long day, unlike my Forerunner 110 which only manages 3 hours. Perhaps due to its high sampling rate?