So today we're reported as having walked 35 miles although my estimate would be nearer 32 miles. Looking at the track it seems that 'UltraTrac' on the new watch is adding some additional distance through inaccuracy. 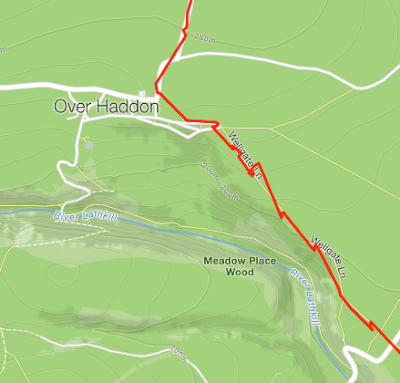 This particular view shows small steps, in some areas the track was spot on, in others it was much worse. Nonetheless it's clear that there's some exaggeration going on. This stepping will also explain why the course navigation repeatedly gave off-course alerts. There will always be differences between a GPS record and the real world but this isn't great. 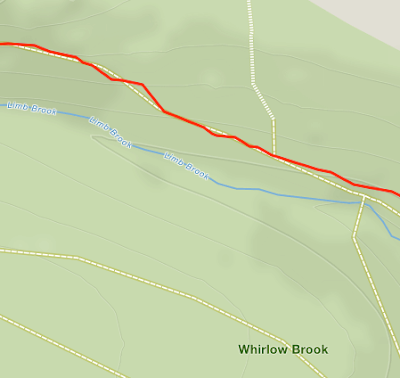 This track, in a wooded valley, is far tighter and was recorded in standard GPS mode. Seems like UltraTrac needs to be used with caution. The issue is that 13 hours walking in UltraTrac took under 40% of battery (I turned off the course function early on as the motor spinning was clearly hammering the battery) but I don't know the relative consumption in ordinary mode. Officially it's around half the longevity.
Posted by Adrian at 20:00