You can't bring those in here!

Today was the first session of my 8 week programme from Julian and I managed to fit an hour in between two work commitments. I had a problem in that the Cofield pool at the University doesn't allow either fins or hard paddles. 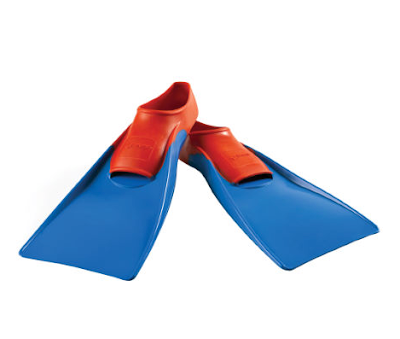 Soft, glove-style paddles are allowed. Julian had told me that council-operated pools usually didn't permit stroke training aids due to 'Health and Safety' concerns but we'd both hoped the University would be more up-to-date in its thinking.

I also enquired at King Edward's pool that is run by a private Trust and they don't allow anything except floats. I'm still waiting to hear from Hathersage, supposedly a triathlon club trains there...

By the way, I did ask before attempting to use the things so I was spared of the embarrassment suggested in the title!

The crazy thing is that such training aids are sold widely often with 'professional' endorsements.
Posted by Adrian at 18:47