We've had a very pleasant and restful week in Java visiting my parents and getting into the countryside. I arrived with an unpleasant cold and the weather was wet and windy so for the first few days I didn't get into the hills or sea as much as I'd hoped. Nonetheless taking it easy helped my recovery and for the second half of the week I felt a bit more normal.

The trails around Benimuraell are a favourite walk and easy to navigate, just as well as the highest point was in mist. The 'Mozarabic trail' is amazingly well engineered tot make a safe ascent up and around a limestone buttress. 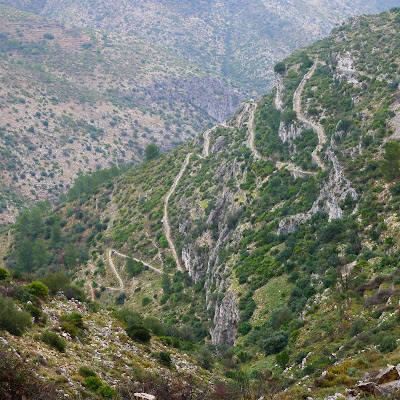 We also walked the tourist path up to Cabo San Antonio from the port, descending through urbanisations to the old town. The paths in this area have been improved over the last 20 years and together with GPS mapping it's far easier to get around the nature reserves that ever before. However, do take care, the paths are steep in sections and change rapidly, so don't get caught out if you're not ready for it! A few years ago fires killed the pine trees and now they have been felled the headland is comparatively bare. Low scrubs are established but it'll be some time before the path is hidden in the trees as it used to be. 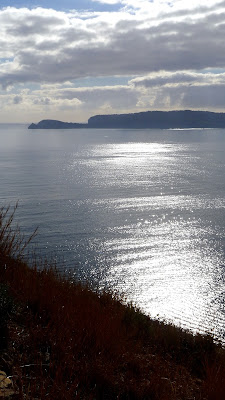 I also went for two short trail runs, I didn't have time for any long runs and perhaps wasn't well enough to put in the work either. Early in the week I ran up to the edge of the La Grandella, mostly through the urbanisations. The planes are supposedly protected land and haven't been built-up and I hope that stays the case in the future.

Even though this is basically an urban run, it's over 200m of ascent from the coast to even this level so I took a few walking breaks! My second run  also included a few walks as I ventured onto the lower slopes of Montgo; one again the route was limited by time and underfoot the rocky paths and water-worn limestone can be treacherous. Although I have used IGN maps on paper and via Viewranger, this area is very well served by Viewranger's Landscape maps which indicate contemporary (usually) accessible routes very clearly.

In under 9km there was 300m of ascent, only a fraction of the total ascent of Montgo but even so this gave great views over the countryside around Javea and showed that there are limits to the residential areas.

Beforehand I'd hoped to swim every day but arriving ill and in poor weather didn't help me start a habit. The waves were sufficient for surfing and for a beginner sea swimmer that made the water too severe. The coats nearest the hotel was far more rocky than I had expected making it an unsuitable entry and exit point. So I had to walk to safe beach area and messing with access to the apartment and these various barriers I only managed to get in the sea once, for under 10 minutes. But that's a start and I was very pleased with being plenty warm enough (in a thin wet suit) and being able to change out of it quickly enough on the beach to not get cold. 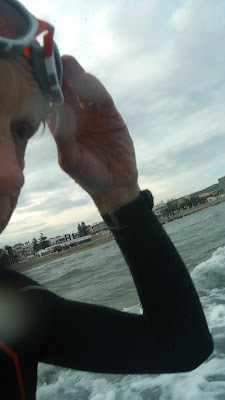 All this mention of cold indicates my major issue in England, but with the water being at 14°C it was in the same order as summer swimming inland at home. Notably my wetsuit and hat took over 24hours to dry on the patio at the apartment so daily dips would have been a bit more cool and damp.