All of the paths in Ecclesall Woods

You'll have seen Strava logs where people have run all of the streets in their town but I can't see me ever doing that in Sheffield. A week or so ago I thought that it would be a fun morning to trace all of the paths in the local urban woodland. I run and walk through it at least twice a week but I knew there were certain paths I'd never been on. How hard could it be? 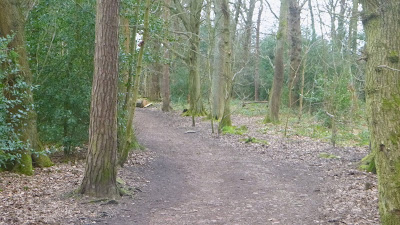 An evening on Viewranger suggested that it would be a 22km route with around 500m of ascent. I've made the route available to download here. The woods aren't on much of a hill but to cover every path needs the small undulations to be addressed numerous times.

As I'm still getting back into the swing of long runs I hoped to take it steady at around 8min/km but in the end the overall pace was slower than 9min/km. 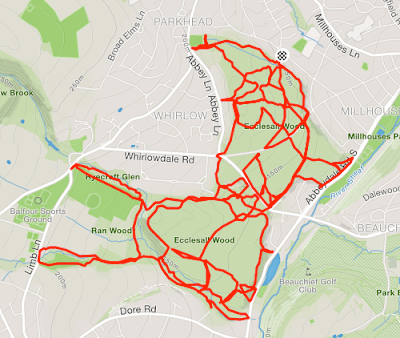 Here it is done, it took over 3 hours and in my current state of unfitness it was quite hard going. I saw some dog walkers quite a few times and felt I needed to apologise to one for popping up so often.