A slack two weeks until today

During the first half of November I got a lot of kilometres under my belt and wondered if I'd achieve 200km during the month. Due to some long work days and evenings out the second half of the month was less active and I only managed to just exceed the 160km. That's my usual average though so not too bad. 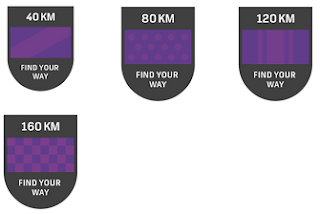 After much deliberation, today I decided to do a little over the half-marathon distance and see how my leg coped. At the beginning of this week I thought I'd got it licked by avoiding a certain pair of shoes. But then during the week the niggle re-appeared even without any running. I thought that if it can recur whilst at work I might as well run on it!

SO after 6 months avoiding the area I returned to Stanage. I didn't do the descent into Hathersage but stayed high (that meant crossing the bog unfortunately and gaining shoes full of muddy, cold water) to shorten the loop and returned home via Higger Tor. The weather was lovely, indeed rather too sunny in that the early morning low sun was a distraction whilst I negotiated the rockery on the edge.


The stones and ascent around the 15km mark took their toll on my legs and I found the return journey hard work with 'empty' feeling legs. I had been eating and drinking a little so hypoglycaemia probably wasn't the cause.

I was satisfied with the outcome though, achieving just under 27km at better than 6 minutes/km. I suspect that is one reason it was 'hard work' as I did it with few walking breaks and only walked when the gradient or terrain was too strenuous for me. Once home I ensured that I went through the various roller and stretching exercises and they'll be repeated in the evening too.