Today I managed to turn up on the start line for an ultra-marathon after 3 years of thinking that I might manage to. I was very nervous of both the event and my knees. We'd stopped at the Piccadilly Premier Inn the night before so I had an easy stroll to the start. I didn't sleep as well as hoped, partly due to lots of noise both inside and outside the hotel and partly due to a good dose on nerves.

The start at Ancoats was a lower key than I'd expected but perfectly efficient and without long queues (except at the portals and I didn't need them). Actually the efficiency was so great that I wished I'd arrived a bit later as despite the sun it was ever so cold and I was chilled and stiff by the time we set off, a few minutes late.

The first 3 miles were urban and not very pretty and I was surprised that the group stayed bunched together for quite so long. As we left the Rochdale area and the terrain become greener we started to split up too. Although the run is classed as 'level' there is a clear gradient all the way to Littleborough summit. 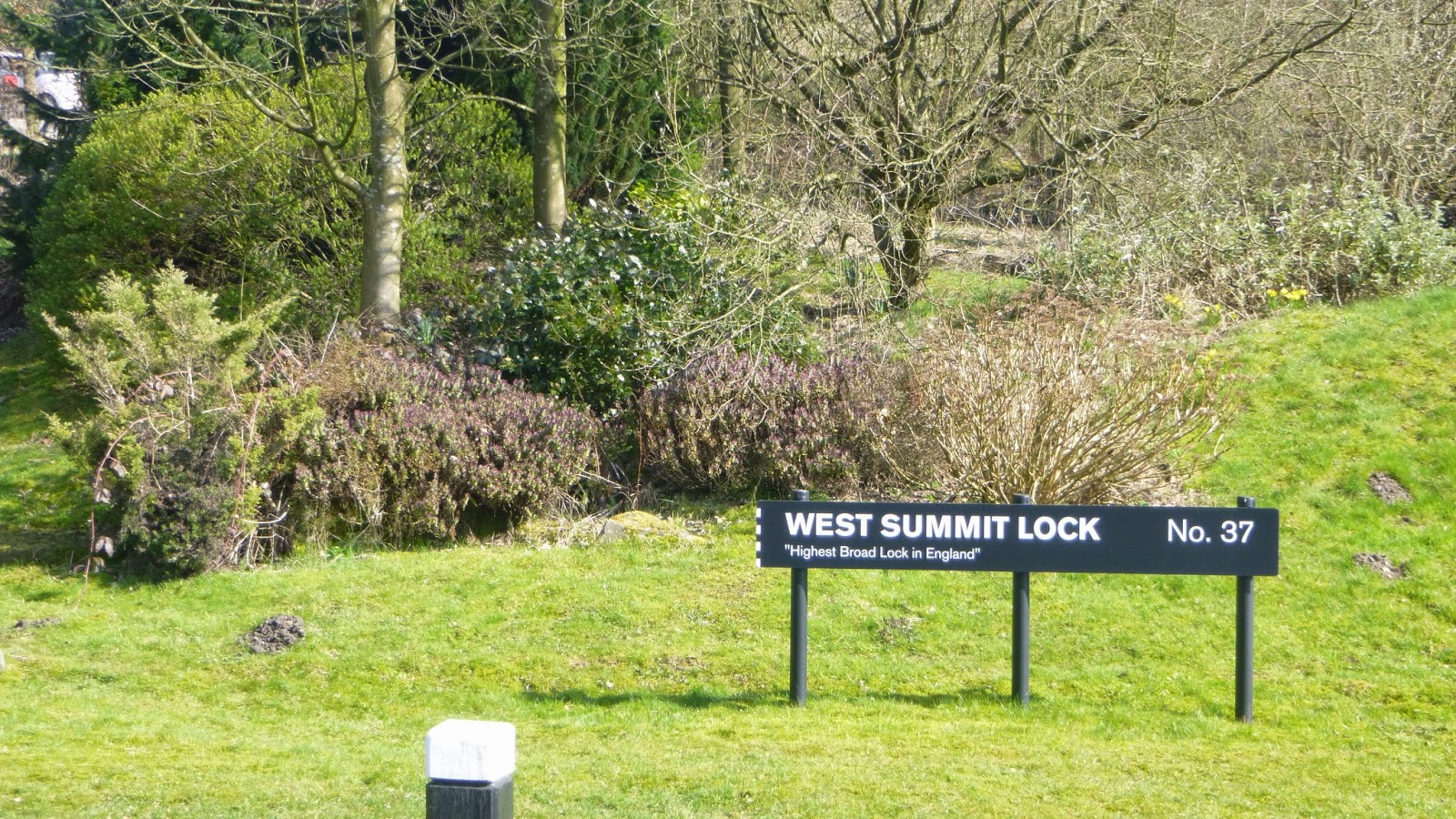 I was relieved to reach here as for the preceding few km I'd been feeling quite down and knew that I wasn't half way. I think the summit is just over 25km but importantly it was all downhill from here.

I'd set off a little too quickly after fully intending to do a run/walk cycle. As happens to som many people, I was caught up in the group and stuck with it. For the final 25km though I really had to walk at times. Te tiredness wasn't going away and at time I felt quite unsteady on my feet. I was especially cautious in the tunnels and cobbled overspills. 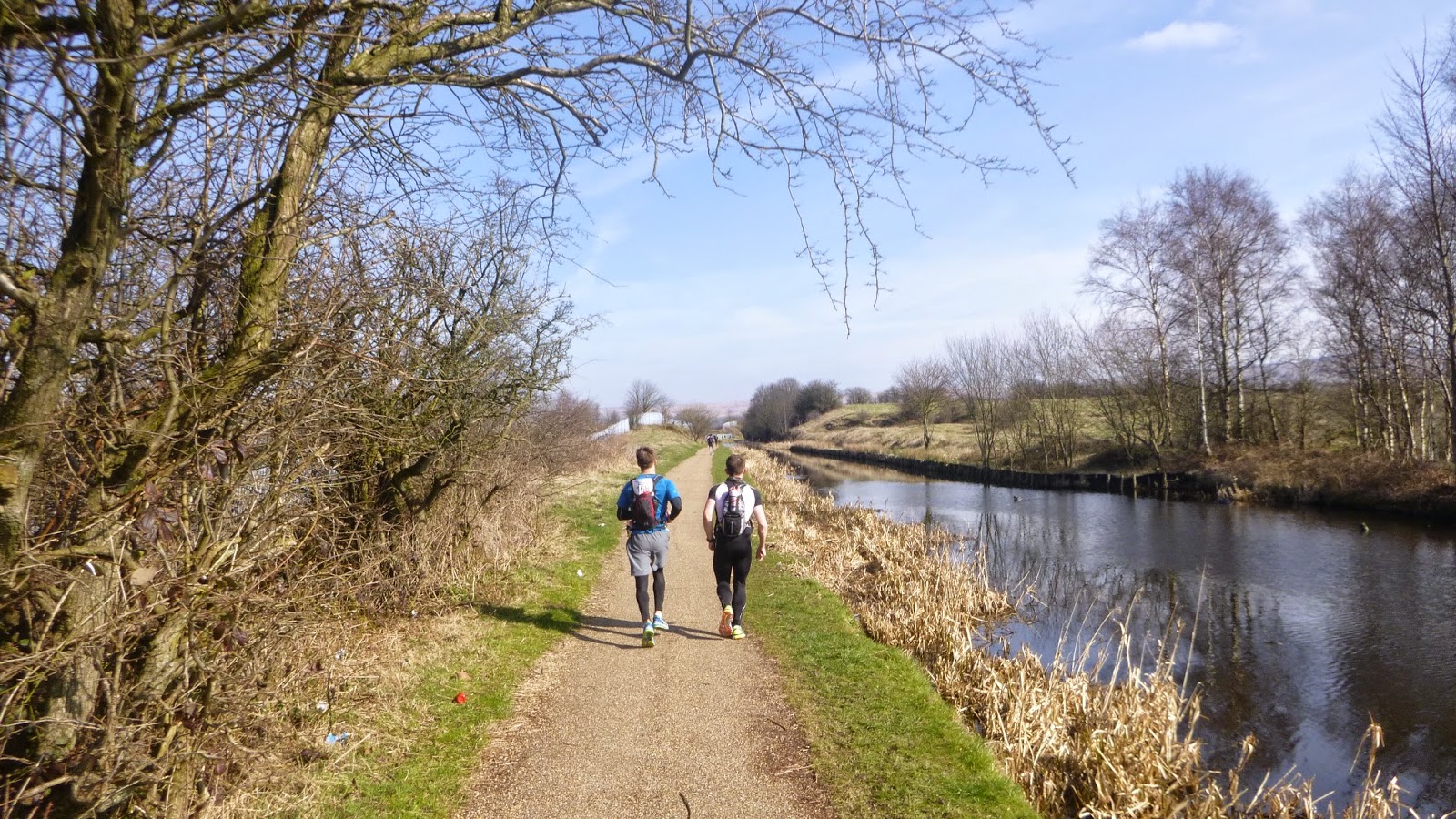 By 30km I was on something like a 10minute run 1 minute walk cycle but after the 33km checkpoint things started to fall apart. I was cramping in my calf and hamstrings and struggled to manage 3minutes of running. By 44km it was tough, I was nearly on one to one. Despite the physical discomfort I was satisfied though. By now I estimated that I could walk the remainder and still achieve my 6 hour goal. However I stuck with the short runs as best as I could and came in well under target.

I'm sure that poor nutrition played a part in the loss of performance. From the half way point I had occasional cramps in my feet but they were transient and minor. I really regretted not picking some nuts at the first check point. I was struggling to eat and drink much at all. Though the whole event I drank 1 litre of the water I was carrying and a few cups of cola and water. I think the Serious Supplements drink at the 44km check point was a help. but by then the damage was done.

The greenness and industrial heritage was well presented by the moderately strong sun that was with us all day. At times I was a little too hot but in general pretty close to correct. If I'd worn shorts I don't think I'd have left the starting car park on my feet. 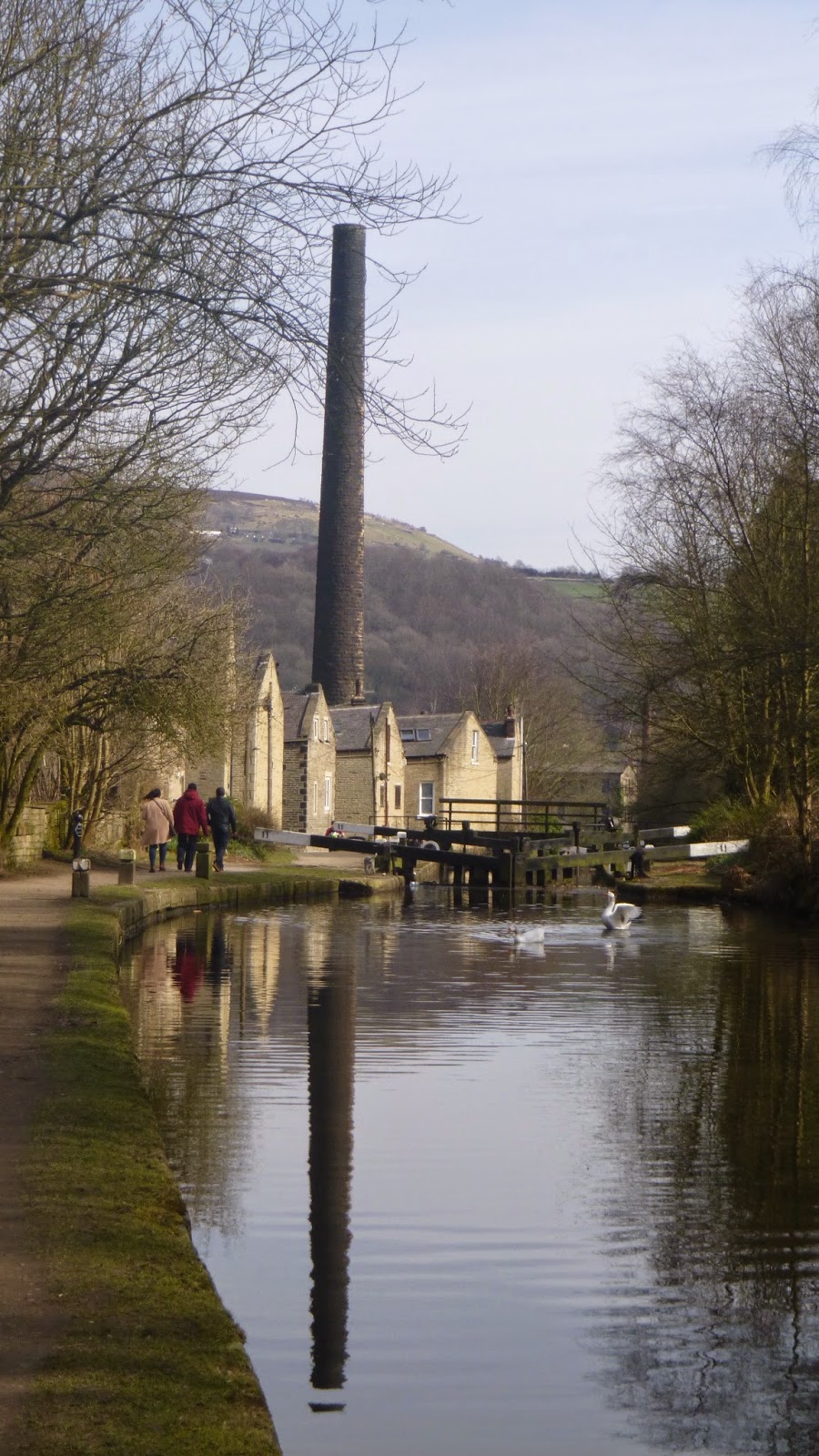 I was watching the milestones very carefully and the last 5 passed very slowly. Luckily the finish was a little earlier than expected - the official point of 'Sowerby Bridge' for the canal must have been further into town. 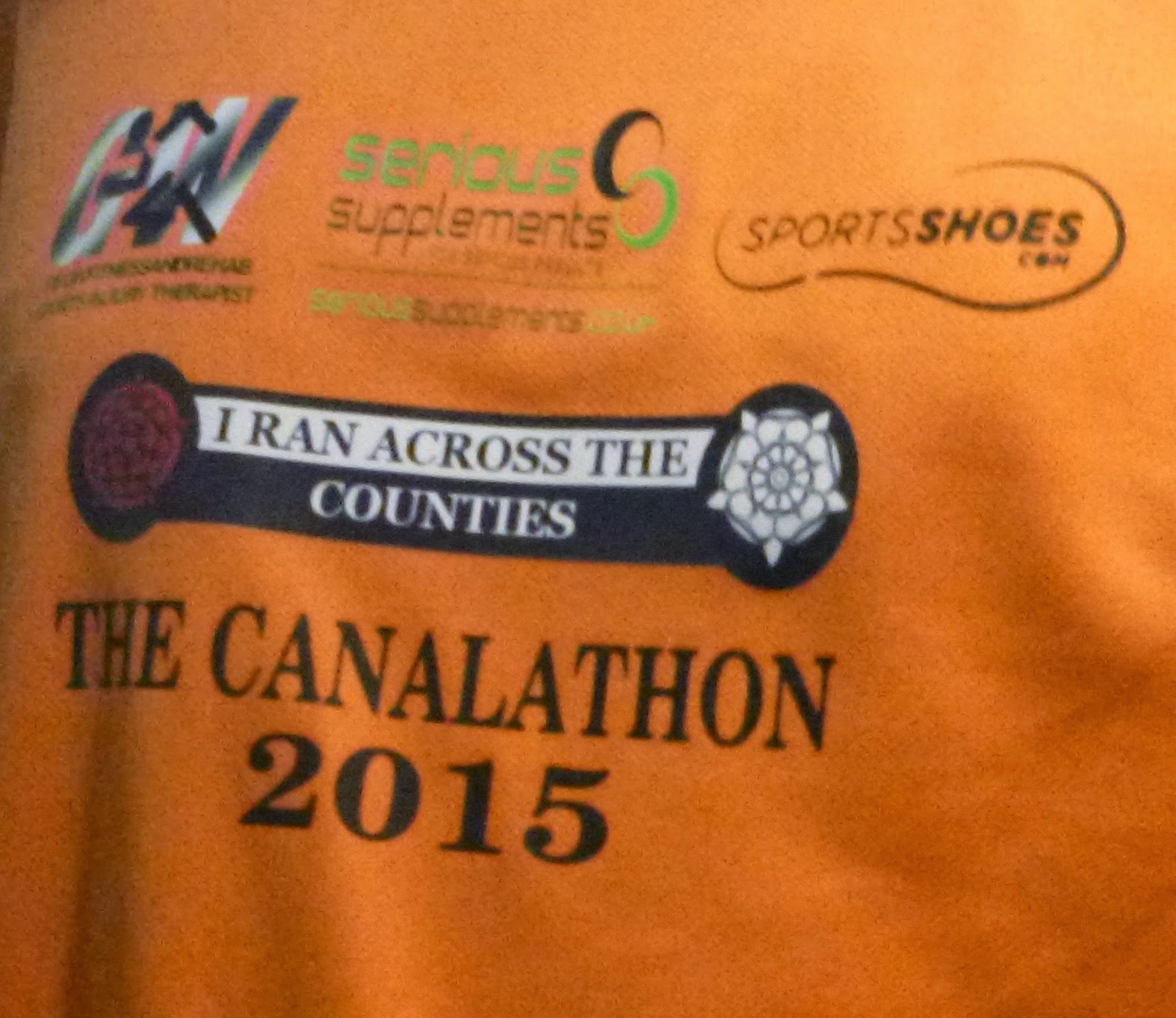 Everyone was rewarded with a T-short for their efforts and I feel this was really deserved. A bit like ones first 10km or first park run result. Even if the outcome isn't great, the first is an achievement.

Finally a few words of praise for Cannonball Events. The race was very well organised, even down to the weather, and the marshals were very supportive and caring. The runners were a friendly bunch too, at the start people were happy to chat and in the latter half a small group circulated past eachoter and mad encouraging noises.

Would I do it again? Perhaps. It was a straightforward event, well organised and resourced. The near-straightness of the canal was tough, I heard one runner so it was 'messing with my mind'. I also found the near-level paths a bit wearing but I suspect that the knee would not have tolerated a hilly course anything like as well. In the end the knee wasn't the limiting factor. I was restricted by stiff, cramping muscles and  a progressively building lack of energy. As mentioned above, food was probably to blame these. I know I hd to get more in but my stomach didn't want it.

The final question is whether I'll be able to walk into work tomorrow.
Posted by Adrian at 20:16