Wet but not too cold

After a week of lovely weather the weekend started, as forecast, with wet and cool weather. The change has been dramatic over the kit 7 days from signs of real summer to something more akin to November, although in all honesty it isn't cold. 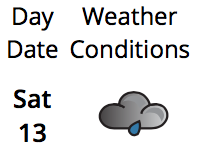 Strangely I've not run all that often in the rain despite keeping to a routine and I suppose that shows that it doesn't rain quite as often as one might think. Anyway, at 6am this morning the rain was heavy and I didn't think I'd be going out. By 7:30 it was noticeably lighter and I committed to go out. After all, I might sign up to an event and it rain on the day. 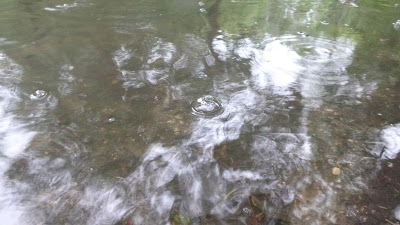 I decided that dress code would be shorts and cagoule in an attempt to not be too hot nor suffer from cold core. I think it worked out well as when I felt too hot really it was also an indication to low down and on slight descents I needed to keep up speed. The only unpleasant bit was eastbound along Houndkirk Road when the wind and rain were in my face and my legs were cooling.

One advantage of being out a little earlier than usual on a slighter wetter  than usual day is that the wildlife hasn't been disturbed. In Blackamoor woods I spotted a heron and a stoat in quick succession; for obvious reasons I haven't included photos here.

For the first time I had a little hip flexor tightness on ascents. I wonder if this is secondary to more swimming this week than I'm used to? It seemed OK for walking later in the day so hopefully nothing much to worry about.
Posted by Adrian at 11:43