According to the holiday plan this walk should have been first rather than second but I think the amended sequence is preferable. The loop through Asiego is technically easy than  yesterday's hill walk and the inclusion of a bar lunch seemed more appropriate on the second day.

I decided to do the harder walk is it included less descent than the easier one. Mostly it was the easy walk in reverse so there was more ascent but that doesn't pull on my knees so much. The general plan of the day was to contour around some ridges and  drop in and climb out of lesser gulleys. The terrain was split between sandstone and limestone with the former giving an appearance similar to the valleys around the very local Grindleford.

The area is still farmed but historically farming involved more people and more movement of cattle between the winter Invernales and summer Mujades. These are small settlements with shelter for both animals and humans.

Both groups lunched at Asiego in a highly modernised bar where they served an Espicha meal to celebrate the cider fermentation. Away from the bar the village looked as it might have for a few centuries. 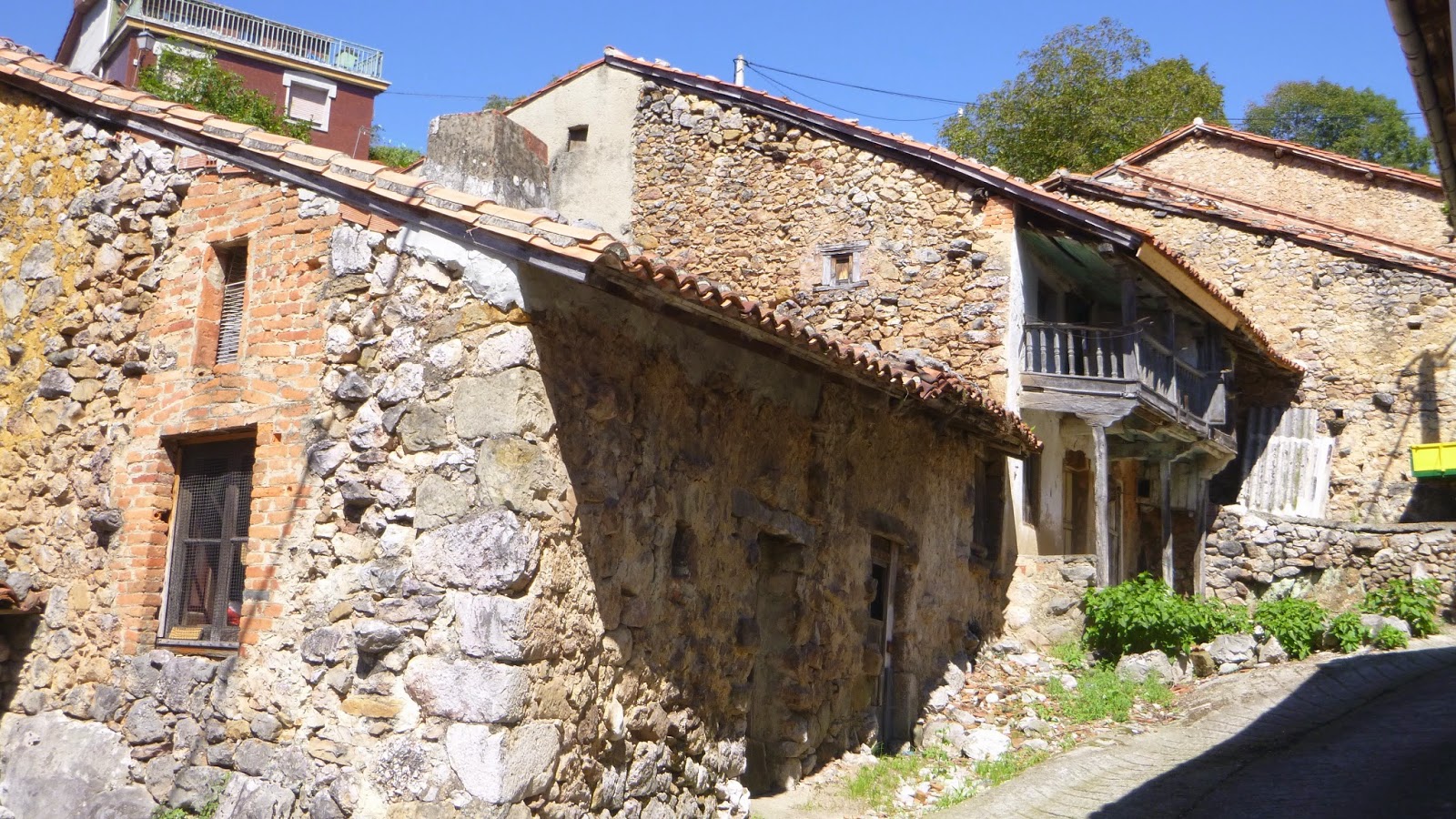 After a long lunch the key point of the walk was a coll where the border of three counties meet. This used to be site of markets and marriage arrangements. Now its role seems to be as a transit point for HV cables.

There was time before dinner for a swim again, I managed 12 lengths before feeling too cold today.